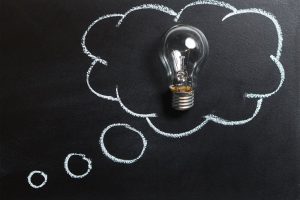 We all have biases whether we know it or not. We all have unconscious preferences in regards to all sorts of things, including people. The problem with this is that acting on and making decisions based on our biases creates marginalized groups and inequality.

Put simply, cognitive biases are the unconscious preferences or judgments that we believe. So it may be that we do not even realize we are making decisions based on our biases because we are not in tune with them. Cognitive bias is the main contributor to racial and gender inequalities in the workplace.

There are three types of cognitive biases that we see happening.

This is when a person acts morally correct in the past that leads to them acting immoral or unethical in future decisions. This happens because once a person makes one ethical or moral decision, they then feel as though they have good morals and that one act justifies their decision in the future, even if those acts are not morally or ethically sound.

This way, people can ignore their biases by only having to make a few “good” decisions.

Affinity bias is when a person favours those who are similar to themselves. This general happens because people know or are more comfortable with people like them. This can be the most problematic within the hiring or recruiting process. Those who are doing the hiring will prefer candidates who look or have a similar background.

This is exactly what it sounds like in that people will seek out information to confirm their biases. Individuals will ignore new information that does not support what they already believe. This can lead to poor decision making because people get stuck and do not look to create antiracist workplaces or to participate in cognitive bias training.

Why Does this Matter?

In today’s world, we see countless examples of racism and discrimination based on a variety of factors like gender, sexual orientation, or age. This has long been accepted because it has become the norm. Also, many do not realize they are acting on their biases or they choose to not analyze their decision making processes.

Are These Biases Unlawful?

Yes. In 2010 the UK passed the Equality Act. This Act was put in place to protect all citizens from discrimination based on characteristics like age, race, sex, sexual orientation, marital status, pregnancy/maternity, disability, religion, or gender assignment.

In 2011, the Public Sector Equality Duty was enacted. This duty charges public authorities with the responsibility to think about how their policies and decisions affect individuals protected under the Equality Act. Examples of these public authorities include:-

Individuals who go through cognitive bias training are shown where their biases may be at and they are educated on how biases appear during decision making. Because of this, people are more aware of their cognition, or thinking, and therefore can change their thinking as they make decisions and recognise how understanding diversity improves the workplace for all.

As cognitive bias training is implemented, especially in the workplace, we will begin to see the system itself change. Then, we can hopefully see true and lasting change that provides equality. 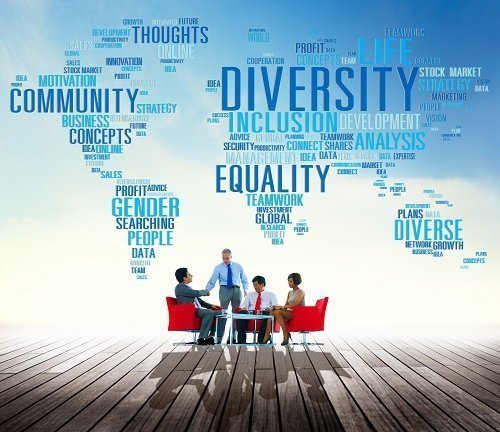 To Retain Employees, Focus on Inclusion — Not Just Diversity

We use cookies on our website to give you the most relevant experience by remembering your preferences and repeat visits. By clicking “Accept All”, you consent to the use of ALL the cookies. However, you may visit "Cookie Settings" to provide a controlled consent.
Cookie SettingsAccept All
Manage consent

This website uses cookies to improve your experience while you navigate through the website. Out of these, the cookies that are categorized as necessary are stored on your browser as they are essential for the working of basic functionalities of the website. We also use third-party cookies that help us analyze and understand how you use this website. These cookies will be stored in your browser only with your consent. You also have the option to opt-out of these cookies. But opting out of some of these cookies may affect your browsing experience.
Necessary Always Enabled
Necessary cookies are absolutely essential for the website to function properly. These cookies ensure basic functionalities and security features of the website, anonymously.
Functional
Functional cookies help to perform certain functionalities like sharing the content of the website on social media platforms, collect feedbacks, and other third-party features.
Performance
Performance cookies are used to understand and analyze the key performance indexes of the website which helps in delivering a better user experience for the visitors.
Analytics
Analytical cookies are used to understand how visitors interact with the website. These cookies help provide information on metrics the number of visitors, bounce rate, traffic source, etc.
Advertisement
Advertisement cookies are used to provide visitors with relevant ads and marketing campaigns. These cookies track visitors across websites and collect information to provide customized ads.
Others
Other uncategorized cookies are those that are being analyzed and have not been classified into a category as yet.
SAVE & ACCEPT
X
X